And Pre-K For All 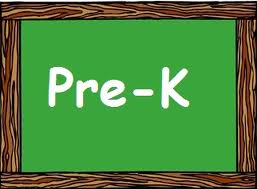 “Pre-K for all!” As rallying cries go it’s a bit sweet and conjures up some pretty adorable images: Tiny people with finger painted signs toddling their way to Capitol Hill. It’s an expensive proposition but one that is difficult to argue. “It’s for the children!” “Children are our future!” You know the rest. But beyond the sentimentality and cynicism is the truth. The world has changed tremendously and we need to catch the hell up.

It is no longer the norm that small children spend their days with a parent, and it hasn’t been for quite some time. Childcare can be expensive and uneven in quality. Some toddlers are deposited in front of a television set for 8-10 hours and some are learning Dvorak on miniature violins. Of course these childcare discrepancies always existed. But there was a time when 5 year olds from every background arrived at kindergarten to start from zero together. Kindergarten (often held for 1/2 days) was for cutting, pasting, coloring, letter learning and learning to stand in line and raise one’s hand. There was story time and maybe some music and snack. Today’s Kindergarten is a bit more serious and most likely an all-day affair. The academics start much earlier than years past.

The day is spent learning letters, numbers, science, social studies, and yes, standing in line and hand raising. What was once an entire year consisting of an easing away from the home and into the world is now much more like the real thing. It’s understandable, there’s an awful lot to learn after all. In the past Kindergarten might have been the first time little people spent their day with other little people. (Socialization is serious business.) It makes a great deal of sense to beef up this precious year of public education. We know that early education makes an impact on life long learning (the good people of Sesame Street ran with that ball 40 years ago.) We also know that children come from vastly different backgrounds and opportunities. Those who can afford it or are fortunate to live in states with it, are already sending their tykes to pre-Kindergarten. Public education, despite its ideals, is not equal. Some schools are far superior to others. Some parents are far savvier than others. Any moves we can make to democratize education and prepare children for life long learning should be supported and applauded. I join those little people carrying the finger painted placards in setting down my juice box, and putting my hands together for universal pre-K.

Posted by Anonymous on February 16, 2013 in Childhood, Education