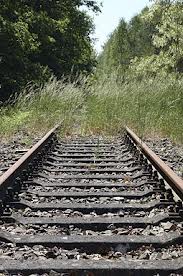 New York State is passing new gun regulations. They are the first to do so after the 2012 Newtown (Connecticut) school shooting. The legislation will be lauded for its expanded ban on assault weapons and a broader definition of those weapons. The part of the legislation that will probably get the least attention the mention of mental illness. We seem to agree (subconsciously at least) that massacring innocent people is not the work of a sane individual. We also collectively agree that there are many many people struggling with their thoughts and feelings every single day. Most of us would agree that if we have a mental health system in this country to speak of, it is filled with holes and dead ends. So any legislation that even begins to address the mentally ill is a good thing, no?

Not when the legislation is a directive to mental health practitioners to report patients who are going to harm themselves and others, allowing the authorities to then remove guns from that patient’s home. Talk about your paper tigers! If people struggling with mental illness had access to a practitioner we’d have reason to celebrate! If mental health practitioners could predict who will cause harm we would be living in a very safe world indeed. A person is determined to be a danger to him/herself or others when the patient says that he or she is a danger to him/herself or others. So this ‘dangerous’ group is now a minute percentage of the actual group of potentially dangerous people. Now compound that with the fact that this new legislation might deter someone with any hint of paranoia or delusion from seeking mental health support. Add to that mess the fact that the shooting that prompted this legislation was done with weapons belonging to the murderer’s mother, not the man himself. You see how this might be more smoke than substance?

This could and should be the opportunity to decree that people haunted by their thoughts and impulses should not have to work so hard to get care. This is our chance to say that mental illnesses are complex and challenging to treat, but so is cancer and like cancer we need to go at it with everything we’ve got. Right now before the voices or the rage or the hopelessness cause a person to lash out on a subway platform, or slash someone on the street or shoot a toddler with a handgun or burn down a home; is when we should say that decent people do not allow this to continue. Decent people know that when we choose to not fight for those that need us most we forever must bear some responsibility for the consequences. Decency doesn’t allow for empty gestures or placating. There is no doubt that any restriction on guns is good for our country, and this legislation makes an impact on that goal. The public may very well applaud the creators of this legislation. There may be pats on the back and a nice sense of achievement. But at the end of the day the authors of this legislation know that they missed a golden opportunity to make real, humane and lasting change and may have stalled whatever building momentum there was to do so.

Posted by Anonymous on January 15, 2013 in Cultural Critique, Well-Being