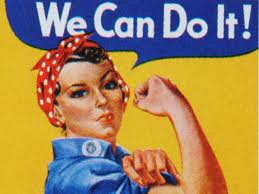 Yesterday Judge Loretta Preska’s decision in the Bloomberg LP discrimination suit was announced.  I, a tried and true feminist, cheered.  Today, not surprisingly, the National Organization of Women and the American Civil Liberties Union are “disappointed.”  And I ask myself; “when did equality come to mean ‘special’? when did freedom of choice come to mean ‘having it all?'”  When did we stop being grown-ups?

The workplace is not the sandbox.  There is little sharing or fair play at work.  If you can’t contribute to the building of the sandcastle in a meaningful way, you’re outta the box.

At the heart of the Bloomberg LP discrimination suit, is how the organization treated its female employees who availed themselves of maternity leave.  The workers felt, but were not able to prove, that they suffered because of choosing parenthood.  Before you even start composing the angry email, let me clarify my position.  Parenthood is a choice and children need loving capable care.  The second wave of feminism (in my estimation) championed the right of a woman to manage her own reproduction and to be treated fairly in the workplace.  It is a wonderful state of affairs (again, in my estimation) that women can actually make choices about what works for them throughout the course of their lives.  But let us be perfectly clear; these are CHOICES.  The very nature of choice is that something is preferable over another thing.  “Having it all” is the anthem of a child, not of a grown person.  Having it all does not just speak of ill-mannered greed, but of a complete misunderstanding of how limited we are all as people.  We can not be all things to all people all the time.  It is foolish to even try.

I believe that yesterday’s verdict should be seen as a victory.  We acknowledge that it is a massive undertaking to care for a child, it may even take a village.  However, that village should be self-selecting and not police state forced upon one’s co-workers or boss.  The judge, in siding with Bloomberg LP, is in essence saying; “women are no different than men in the workplace.  what matters is your productivity not your gender.”  I say hurrah.

One response to “Freedom of Choice”