First They Came For The Poor Women 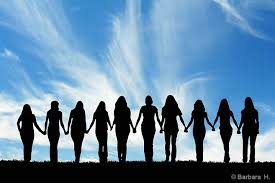 Wisconsin is imprisoning pregnant women who admit to using drugs. This is being done under the guise of “protecting the fetus.” Before we discuss how stressful and unwholesome prison life is for a fetus(!) let us be crystal clear; we’re only talking about women who admit to using drugs of which the court does not approve. We are not talking about psychotropic medication or even prescription pain medication. What is really at issue is that illegal drugs are being used. It is not clear that there is any medical data that even posits let alone confirms that illegal drugs are more damaging to a fetus than prescription drugs. But what is clear is that vulnerable and/or poor women are an easy target.

There is no ignoring, no matter how hard the media tries, that women’s reproductive rights are dissolving in front of our eyes. Bit by bit access to health care and choice is slipping away, particularly for the poorest women in this country. It might not be an organized and coordinated effort but there’s definitely a sophisticated marketing machine at work. Who is going to argue with “protecting the fetus?” It’s right up there with “it’s for the children” or the flag, motherhood and apple pie. Treacly sentiment aside, no one is interested in protecting the fetus. If they were there would be free and excellent healthcare for all reproductive aged women. Nobody would be poor and/or hungry in this country either. Every woman would have a safe wholesome environment in which to gestate and raise her children. There would be no slums, or crime-ridden housing developments. Violence against women and children would be treated like the hate crime it is. In short, it wouldn’t be such a lousy world to be a woman or a child.

We live in a society that screams on the top of its lungs about the unborn, but doesn’t seem to give a rat’s ass once they arrive. Everyday children go hungry, are neglected and abused and have access to weapons, alcohol and drugs. Every year another batch of children fall through the public education cracks and don’t graduate high school, or worse, graduate illiterate. Fifty years ago we waged a war on poverty in this country and we lost. We now are in the midst of a long drawn out war against women. It is not a coincidence that this attack is occurring as women make groundbreaking progress in almost every traditionally male bastion. Women must shake off the Barbie mantel that’s been thrust upon them in recent years. We need to shift our focus from physical perfection, put down all things pink and pick up this fight. We must recognize media pandering (e.g., television channels, websites, and merchandising directed to women, as if we were a separate species) for what it is, offensive and distracting. Creating women centric genres could be positive if the ones being created weren’t so damn insipid. The “chicklit” section in your chain bookstore are not shelves filled with; Betty Friedan, Gloria Steinem, Simone de Beauvoir, Shirley Chisholm and Our Bodies Ourselves. Nope. It’s shelves of light romantic “beach” reading. The television channels and (the majority) of websites designed for women are not for anything remotely serious (or even good.) There has been a steady pervasive patronizing campaign underway as women’s rights have been chipped away. Color me a conspiracy theorist, but I don’t believe it’s a coincidence.

We needn’t lose our sense of humor or even stop enjoying a good An Affair To Remember viewing. But we do need to resist buying into the 1950s model of womanhood we’re being sold. We have become a serious threat to those in traditional power positions. A woman came this close to being the democratic nominee for President! If that doesn’t scare the pants off the status quo I don’t know what does. We cannot tolerate the chipping away of our progress. We may not feel that a pregnant Wisconsin woman in handcuffs has much to do with us or is a feminist issue, but we’d be very very wrong. They are coming after her because they can. First it’s the poor and disenfranchised, that’s the way it always works. Those women who do have a voice must use it. We must recognize that the Spanx, push-up bras, Botox, and body sculpting are the corsets, garters and pointy bras of the 1950s. Those instruments of torture, popularized after women took men’s jobs during World War II, are a symbol of something insidious afoot. This is not a call for bra burning (heaven forbid!) but merely an urging to recognize what we’re being sold and how it’s being used to distract us from a much more serious issue.

Posted by Anonymous on October 24, 2013 in Cultural Critique, Media/Marketing