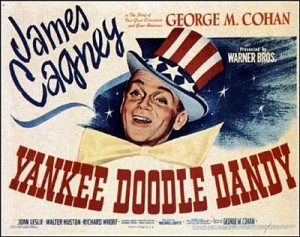 It’s Memorial Day and somewhere between the sales, barbecues, summer rentals and beach, we will honor those who died while in the military.  There will be beautiful and touching ceremonies and some lovely parades.  If you are lucky enough to come upon a person in uniform, you might even have the opportunity to give thanks.

And tomorrow will be Tuesday, and we will go on with our lives and joys of summer.  Wouldn’t it be great if we really did honor those who serve?  Thousands have died in Iraq and Afghanistan but hundreds of thousands have returned.  Due to advances in medicine and weaponry, some of these soldiers have survived devastating injuries.  Head injuries alone, account for survival of injuries previously unknown.  Advances in mobile medical treatment and robotics, mean soldiers with severe and multiple amputations are coming home.  For the soldiers’ families, and often for the soldiers themselves, it’s a blessing to be home.

For some, coming home is only a euphemism.  They may have joined the military, partly to have a place to live.  They may be coming back to families who have lost their home.  They may have injuries that prevent them from being in their home.  (Most homes are not wheelchair accessible.)  They may not be able to find any work, or work that is suited to their new self.

The number of Iraq and Afghanistan homeless veterans are rapidly rising.  (You can understand why the Veteran’s Administration doesn’t have actual data on this phenomenon.)  Like any homeless population there is not one path to the status.  Soldiers with head injuries (the invisible injury) can have a very challenging time resuming a normal life.  Some soldiers may have entered the military with a sensibility unsuited to the shock and awe they experienced over there.  Some soldiers return to civilian life feeling overwhelming unsettled by now being a civilian.

There are some injuries and experiences from which one never recovers.  But every person, most of all those who have put themselves in danger in the name of national security, deserves basic help.  A soldier deserves a home.  Whether we need to modify their current home, or create veteran housing (perhaps with all those empty military bases and prisons.)  A soldier deserves job training and placement (cue W.P.A.)  And perhaps less sexy and sound bite, a soldier deserves lifetime mental health care.

These are not difficult or even expensive undertakings.  These are not “sending a man to the moon” or even “war on drugs” expenditures.  These are basic human rights.  All the flag waving in the world doesn’t change the fact that for many returning soldiers, our country has let them down.

Posted by Anonymous on May 28, 2012 in Cultural Critique, Holiday