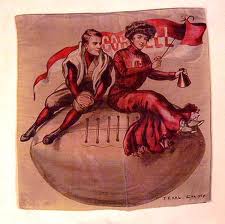 Spelman College has dropped all sports and has picked up fitness. They plan to use their athletic facilities and budget to create healthy bodies and habits. Dr. Beverly Tatum, Spelman’s president, chose this path after making disturbing observations about the dollars spent per student athlete and the physical condition of students and young alumni. No doubt every college/university administrator has made these observations at some time. But Dr. Tatum has made an unpopular but wildly responsible move to create meaningful change.

Higher education costs have been rising exponentially for some time. At the same time, a bachelor’s degree has become a minimum requirement for most jobs. College, which was once for ‘some’ people, has become necessary for most people. Colleges and universities in the race to remain competitive have felt compelled to spend extraordinary amounts of money on features giving them an edge. For some schools, an edge means stellar facilities, for others it means technology programs that by their very nature are an insatiable repository of funds. Smaller programs, particularly liberal arts programs, fall to the wayside in some schools as they don’t provide the most obvious return on investment. An institution can sacrifice language programs, performing arts and soft sciences with its eye on higher education dominance.(Nobody ever got on a Top 10 University list by virtue of its wonderful poetry department.)

There has been a collective consensus in recent years that higher education is no longer simply an institution of thinkology. There are only so many resources (public, private, endowment) to go around. Yet athletic programs are still an assumed part of the college experience. Why is that? Why at a time when student debt AND the level of obesity is skyrocketing, do we think higher education athletics is simply a given? Now before you start waving your pennants or foam fingers at me; let’s have a word about school spirit. Piffle. Nobody ever got a better education or a leg up in life from painting their face and wearing overpriced sweatshirts. Is playing on a team fun? Yes, and so is performing in a play. Is cheering on ‘your’ team a kick in the pants? Probably, but so is watching the debating team wipe the floor with the competition. Do team sports teach team skills? One would think. But if we agree that team skills are important (and I’m not convinced they are) can’t they be built in class or on a Habitat For Humanity project?

But what of the schools who actually make a significant portion of their budget from playing sports at an elevated level? Quite frankly I would say; huh?! Is that really what we want higher education to be in 2013? If we really want to train young men and women to be professional athletes, can’t we just create technical sport schools? If we had a crystal ball we may very well see that these schools with profitable athletic programs will in essence become technical sport schools. But for every other school allocating large parts of their budget to athletic programs while their tuition skyrockets, it’s time to reevaluate. Yes the alumni will be up in arms, and yes perhaps some students too. But part of being a charismatic leader is being able to communicate why change is beneficial. The Spelman athletic director (with 25 years on the job) is on board and in agreement with Dr. Tatum’s directive. Dr. Tatum is currently fielding calls from college/university presidents questioning the value of athletics to higher education.

Great leadership should involve more than getting one’s institution’s name in the paper. Great leaders must make difficult and at times unpopular decisions for the betterment of the institution and the people it serves. Cutting costs by cutting sparsely populated (but wonderful) programs is not an act of bravery or long-term solution to higher education costs. We are now into overtime with the issue of higher education affordability. Too many qualified students cannot afford tuition (which is why they have such debt.) Pulling the plug on an expensive program that is not an integral part of a baccalaureate or graduate degree should be a serious consideration.

Posted by Anonymous on April 14, 2013 in Cultural Critique, Education