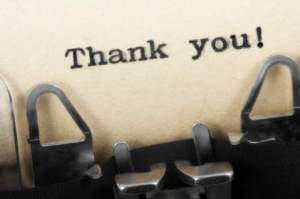 I have kept (relatively) quiet about something for ten years.  I have struggled with how to have a public discourse about anything in and around the subject of the attacks of September 11, 2001.  Very rightfully, Americans feel enormous ownership of their feelings about the events of the day and the aftermath.  Through luck and happenstance, I have no more entitlement of opinion and/or feeling about the subject, than anyone whose life was not shattered.  I acknowledge this with all due respect and reverence.

It is my hope, that on the heels of an anniversary ending in a “0” when the media has whirled itself into a commemorative frenzy, it might be time to gently offer up a thought that has clung to my psyche for a decade.

I would like to publicly commend and herald the air traffic controllers of the world.  I could not be more serious.  During those first moments, and even hours, the air traffic controllers safely directed every single commercial flight to a safe landing.  This unprecedented maneuver is almost too much to comprehend.  Air traffic is not something most of us really think about.  Save for an occasional horrific mishap or the rare film (Pushing Tin was a good movie) air traffic is not a high profile profession.  I’m guessing the controllers are okay with this.  Engaging in this very high pressure, isolating work, one probably doesn’t leave much time or energy to care about public opinion.

No doubt, part of why we never heard (much) about the drama and heroism inside the control towers is the lack of visual imagery.  I mean how many stories get told these days without compelling video?

If I could please take this moment to thank the men and women who did a job, most of us could never do, under intense time pressure and without a single incident.  I pay my respects without for a moment, taking anything away from everyone else who sacrificed and saved.

Posted by Anonymous on September 8, 2011 in Cultural Critique