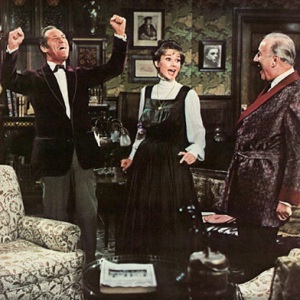 If you have waited in line to make a purchase in a chain store lately, I’m pretty certain you have been called forward by the nonsensical phrase; “the following customer.”  I admit, the first few times I actually waited to hear what came next.  The befuddling phrase does get my attention, I’ll give them that.  “The following customer will receive all of her items free.  Come on down Brenda!”  “The following customer really shouldn’t be buying those leather pants.  Sorry Brenda.”  What’s even more curious than the incomplete phrase is the fact that it has caught on like wildfire.  Is there some sort of chain store customer service standard of practice national convention.  Was there a vote?  How else do we begin to explain how so many salesclerks (not working for the same parent company) are spouting the same gibberish?  The trouble maker in me sees a wonderful opportunity for foul play.  We could sneak into the next (c.s.c.s.s.o.p) national conference and persuade them to beckon the customer forward with Ubbi Dubbi or Pig Latin.

I’m all in favor of creating or adjusting words.  Language should stay current to fulfill its mission.  But used incorrectly (which no doubt I’ve done several times already) just makes me nuts.  When did Americans decide that the word “anyway” needed an “s” on the end?  (Twenty years ago or so, if memory serves.)  Why?  What purpose does it serve?  It’s not just teenagers who add the letter, NPR commentators do it as well.  I can (mostly) ignore words such as “ironic” and “awkward” being thrown into the conversation willy nilly.  (Just so we’re all clear though, “ironic” is not synonymous with “coincidence.”)  Misuse is not the same as flat out cuckoo.  When I thank someone, what does it mean when the thanked replies “no problem?”  Who exactly has the problem?  I don’t even understand the origin of that reply.

I find myself starting to navigate my world as if I was in France.  I have mastered French at the level of a 4 year old slow learner.  Most of my request for directions, food and shoes in my size are pretty much dependent on gist.  As I go through my day in these United States, I must use all my senses.  Luckily, I know a smattering of sign language too.

My personal daily Nell ministrations aside, I worry about the apparent unconsciousness of this bastardization of language.  Like anything, if you’re going to do something, do it with intent.  My assertion of unconsciousness is egged on by the recent spate of “period” television.  I personally do not have memories of the Mad Men or PanAm time period.  But I will bet the farm that no one was slapping on an extraneous “s” to “anyway” in the 1960s.  I also don’t think people tossed around phrases like “workaholic” or “postpartum depression.”  It’s just a hunch.  Maybe I’m too binary, but what this says to me is that there isn’t anyone working on these shows who was alive during the portrayed period.  Not surprising by the way, is the fact that the British do a far better job at avoiding anachronism on the The Hour.  They did invent the language after all.

Posted by Anonymous on October 22, 2011 in Cultural Critique