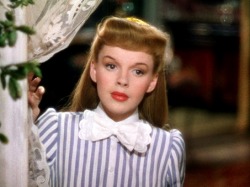 I certainly have extolled the splendors of New York in the summer before.  However, I’ve shopped before too.

The weekends between Memorial Day and Labor Day are just glorious.  The vibrancy of the city stays intact but the extraneous noise that affects our fine city’s livability seems to ebb rather dramatically.  Restaurants are available during peak time; at the last minute.  The streets are quieter and more manageable.The frantic sense of having to shore and gear up to navigate any external activity seems to fade as well.  What’s left is all the deliciousness that the city has to offer, presented in an appealing and manageable manner.

I watched the thinned workday crowd come up from the subway (another less than hundred people coming off of the train) on Friday morning.  I did this while sipping my cappuccino (from a real cup) and picking at an apple gateau in the atrium of Alice Tully Hall.  The weight of my demitasse and the taste of the caramelized apple transported me instantly to Paris.  (This is not an affront to my city, as we all know, Paris is really just New York in french.)  I was loathe to leave, but there were two tickets in my name at the Walter Reade.  Singing In The Rain was not going to watch itself.  Do you remember when movies were fabulous and filled with talent and movie theatres were lovely and special and going to the concession stand did not remind you of a bad night in prison?  Come to the Walter Reade (but not all at once, I like it partially empty.)  The theatre is immaculate and designed for viewing pleasure.  Imagine that!  The espresso(!) was $2 and the popcorn $4.  You know; what it’s actually worth!  I was tickled to see children in the theatre (there’s a sentence that should never be quoted out of this context!)  It speaks volumes about Gene Kelly, Donald O’Connor and Debbie Reynolds that nary a peep uttered from these very small children.  See what actual entertainment (vs. dummed down corporate product placement) can do for a child.  The audience burst in spontaneous applause several times.  Seeing Mr. O’Connor scale the walls in Make “Em Laugh (on the big screen) was thrilling.

How does one top a morning like that?  By having lunch at Alice’s Tea Cup, that’s how.  Usually sheer madness at lunch when school is out, the wait was all of 5 minutes on this holiday weekend.  A pumpkin scone, a salad and a pot of tea.  Is there anything more wonderful?  Unless it’s the two EXTRA helpings of jam I insisted upon.

The next day was equally splendid and started with a walk/run along the Hudson at Riverside Park.  The breeze and beauty of the morning could only be topped by Judy and Vincent’s first movie.  The close ups of Miss Garland on the large screen are enough to warm even the coldest heart.  Sitting in the Walter Reade (thank you Lincoln Center 50th anniversary musical weekend celebration) and hearing the laughter around me, I was warmed all over.  MGM was magic to me as a child, but magic that I always experienced alone, on a black and white portable television.  How fabulous to discover that I am not alone.

On my way to lunch (in the West Village) I witnessed the shoring up of the West Side of my city.  The Macy’s fireworks were coming to the Hudson (Happy 400th Hudson!) and boy was it gonna draw the masses like salt leeching liquid.  By the time I traipsed back downtown for dinner at Balthazar (no waiting, no attitude, no kidding) with our dear friends, the throngs had started to descend.  At 8:30 (on our way to our own rooftop to view the fireworks) the streets were filled.  Lawn chairs and coolers littered the sidewalks.  Every cement surface held a human.  Looking down on the westside highway (from 39 flights above) I took in the sight of a blanket of humans.  It was a glorious show.  From our vantage point we could see New Jersey’s fireworks as well as all 6 barges on the Hudson.  Magic.

However no holiday that celebrates patriotism or dead war veterans would be complete without a picnic.  An empty Riverside Park, a couple of blankies, a basket full of Fairway and a Yankee Game on a genuine transistor radio!