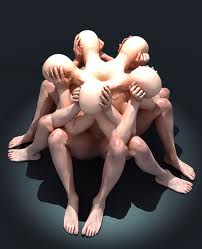 Once again extensive and lengthy mental health issues are revealed after a heinous crime. Once again we are left wondering how can this happen? How can anyone living in today’s over-exposed world manage to evade authorities and/or medical attention? How can a person with repeated exhibitions of mental illness have access to weapons? These discoveries of warning signs and bells usually crop up during the first 24 hours of investigation. This speed suggests that the perpetrator’s mental health status was pretty well known. How does this happen?

How do police listen to a man talk about hearing voices and microwave vibrations and not have him hospitalized? How does someone retain his military security clearance after violent and erratic behavior? How does someone with a well-known history of mental imbalance own and keep a gun? It’s actually quite simple. We don’t want to get involved. We see examples of this aversion every single day. When you use a restroom and discover there is no toilet paper, it’s because at least one person before you did not tell management. We don’t want to get involved in even the most benign situations let alone one that might be complicated. And nothing is quite as complicated as mental illness. We are equally consumed with fears of offending someone behaving questionably as we are for our own safety.

We are woefully under equipped both personally and on a larger infrastructure level to deal with mental illness. If you work with someone who exhibits troubling behavior you might screw up your courage and go to personnel. Then what? A competent personnel officer may talk with the employee in question about services and counseling. Then what? Does the veil then lift from the employee’s eyes? Do they trot off to up until that moment an unknown resource known as counseling and become cured? Only in a Lifetime movie. What if it’s your next-door neighbor, the guy in the diner, or the woman on your bus? How do you alert anyone? Who do you tell?

When a person’s behavior becomes impossible to ignore, the police are often called. The police may or may not be well versed in the signs of mental illness. The police usually have some leeway as to whom they can have transported to an emergency room. Then what? If a person in distress makes it to the emergency room they are held for less than two days. If they are not a danger to themselves or others (which is determined by the patient saying the words; I am a danger to myself and others) they are released.

Over the years we’ve become more comfortable with the concept of mental illness. We bandy around terms like post-partum depression, P.T.S.D., eating disorders, O.C.D., etcetera. Many people are comfortable taking psychotropic medication and/or sedatives. But mental illness is far more vast and varied. There’s a whole lotta real estate in between social anxiety and paranoid schizophrenia and most of us are a bit vague about it all. Compounding the confusion is the fact that mental disease can be scary for spectators. Of course in our most rational moments we know that it is far scarier to ignore erratic behavior. But we can hardly be blamed for listening to our own little voice inside saying; “run the other way!”

In a world in which people often assume that someone else will take care of something, mental illness is mysterious and scary and our mental health infrastructure is flimsy at best it is no wonder that we have what we do on our hands. We’ve heard people (including politicians) say that guns don’t belong in the hands of the mentally ill. We’ve never heard what that means. Surely not all mental illnesses are considered in this classification. What has been spelled out is that “people with mental illnesses” will be identified as those who have sought help. This is a ludicrous and meaningless classification as it’s a deterrent to people to seek help, and we don’t really have many options for those seeking help. And that is the issue.

We’ve shrouded mental health issues for which there isn’t a kicky acronym or a medication to be peddled, in a thick cloud of secrecy and shame. We’ve manifested that sentiment in the abysmal mental health system with which we’ve settled. It’s great that you can get a flu shot and blood pressure check while picking up some cat litter. But what of prevention and detection of diseases that could affect public safety? How much devastation does it take before we face this issue? How many lives must be destroyed until we can say; we have a mental health crisis in this country?

Posted by Anonymous on September 18, 2013 in Cultural Critique, Well-Being

4 responses to “A Mental Health Crisis”