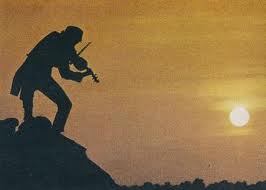 Anyone even remotely familiar with ultra-conservative enclaves might not be surprised to learn that there are insiders who see it as their mission to keep things just so. It stands to reason that the more insular a community is, the more self-regulating it is as well. This dynamic is not unique to religious groups. There are many small (and not so small) towns where outsiders (defined as anyone living there less than 25 years) are noticed and suspect, and locals are watched for deviation from the community norm. In some more traditional communities there may even be groups or committees of older families who consider themselves the keepers of the status quo. They may give their groups names that include the words “civic” or “betterment.” They may even host annual events (on their own behalf.)

Knowing this (or at least suspecting this) means we shouldn’t find it the least bit remarkable that such undertakings occur in America’s melting pot; New York City. This is a city made up of any and every ethnic and religious group. It is also a city that is much more a conglomerate of many small towns than one grand entity. One of those small towns is Hasidic and in Brooklyn. For Hasidim almost everything about their lives hinges upon being insular. Many of their customs stem from a way of life centuries old. You can only imagine (if you are not Hasidic) the level of vigilance needed to keep the modern world at bay in the 21st century. If you’ve been in almost any house of worship in the past few years you’ve no doubt seen someone texting? Yeah, that doesn’t happen in a Hassidic synagogue. I’m guessing you know of a parent trying to limit their offspring’s television and video game consumption? Yeah, not so much with the Hasidim. It’s a different world for them. For outsiders the Hasidim are probably more similar to characters from Sholem Aleichem’s Tevye the milkman stories than anyone they actually know. And that doesn’t happen without some community effort and oversight.

There is a group of keepers of very specific “do’s” and “don’ts” of a Hasidic community in Brooklyn going by the name; modesty committee. This ‘group’ considers it their duty to temper tantalization. Some of their (reported) activities are far from benign. Open threats, theft, violence are committed by people calling themselves members of a modesty committee. Modesty infractions range from the bizarre; fully dressed mannequins in a shop window, to (possibly) relatable; excessive cell phone usage with the opposite sex. Mostly there’s a lot of bullying involved. People in power pushing people without power around. No surprises there. It’s what lies at the heart of the committee’s furor that is most remarkable. The modesty that is being policed is for the benefit of young (and presumably not so young) men in the community. That’s right. Ultra-religous men could potentially grow wild with lust from viewing a clothed mannequin. If the material on a girl’s tights is not opaque enough a teenage boy could be sent ’round the bend. (I got news for you; a breeze could send a teenage boy ’round the bend.) All in all, this policing is about controlling the (presumably) uncontrollable impulses of men and boys. So the rigid dogma doesn’t do that, nor does the rigid and insulated daily life? Even with the most dire of social (and spiritual) consequences the only thing separating a decent man/boy and an uncontrollable bundle of sexual id is the fiber content of black tights? Well that’s not very flattering is it?

At the end of the day does anyone really care about what goes on in groups that opt out of the larger community? Maybe not, but they should. If you are going to live anywhere on the grid, there really is no such thing as total isolation. Enclave behavior affects outsiders either overtly or passively. We all share many of the same resources and we should (and need to) care how people are treated. It is a safe assumption that the primary targets of modesty committees are most often women and girls. The women and girls are seen as existing solely in terms of how they impact men and boys. This country has gotten to a point where we’re not comfortable with women relegated to the role of accessory to men’s lives. No doubt there are positive things to find in any insular society. There is most probably a strong sense of support and care for many members. But there is also a great deal of protection for members who abuse their power. Human rights violations and civil rights erosion sometimes happen slowly and undramatically. But they can only happen when enough people turn their heads.

Posted by Anonymous on January 30, 2013 in Cultural Critique