RSS
← An Illness In The Family
One Nation…* →

A Chance For Happy Days 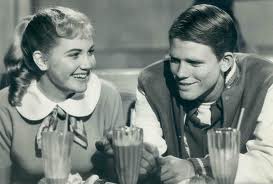 Adolescence is not fun or pretty. There is nothing “How lovely to be a woman” or “I am 17 going on 18” about it. It’s a wretched maelstrom of physical and emotional change. Everything feels chaotic and unending and there’s not enough life experience to offer a glimmer of hope. This is why teen suicide is so very tragic. No one would deny a teen’s real and crushing psychic pain. But we would probably challenge them in their sense of permanency. ‘Wait’ we collectively say; ‘it gets better.’ And we mean it, and it’s likely to be true. For some time the news of teen suicides has be packaged with pleas for adolescent mental health care. Articles and news desk pundits tell us how to identify a child in crisis and where to get help. But today’s news that 55% of suicidal teenagers had received mental health care is jarring. Yes, there are still 45% of suicidal teenagers not receiving care. But the majority of teens in crisis are getting help. Therapy is tricky business of course. Finding the right therapist for a patient can be challenging. Finding gifted and accessible adolescent specialists can be tough. Prescribing just the right medication to someone who isn’t growing and changing daily is difficult. Monitoring the taking of medication is…well if you’ve ever met (or been) a teen, you know how crafty they can be.

Whether we think that ending one’s life is a personal choice is irrelevant when it comes to adolescents. We may believe that grown people who have exhausted themselves and every option to alleviate their physical and/or psychic pain are entitled to just stop, but that’s not applicable to discussions of children. Teenagers are by definition closer to children on the maturity spectrum. They simply don’t have the life experience or fully developed brain to make such a decision. There are teens who have serious physical and/or mental health issues. There are teens who’ve witnessed or been victims of horrific acts. If they were middle-aged people still suffering intensely this would be a different conversation. But they are teenagers. They are not allowed to drink, vote, live alone or rent a car. They are simply incapable of making a rational terminal decision.

So what can be done? We know that boys are more ‘successful’ at attempts than girls. We also know they tend to be more violent overall. Unfortunately it does not go without saying that there should never be weapons in a home that includes children. There also should be no access (no guns or other weapons in cars, workplace, sheds, trailers, etc.) No weapons ever. There needs to be talking lots of talking. Most teens are sullen and uncommunicative at times, but adults should not be. Your teen may be bigger and stronger than you, but you are still the adult. If your child is more sullen than not, and/or has lost interest in activities (did he/she quit a team or a friend?) tell the school’s administration and teachers. The more people watching out the better. If the child is utterly noncompliant (won’t come out of room, won’t go to school, etc.) it’s time to involve more people and perhaps inpatient care.

It’s hard to think of an adult-ish appearing person with a full vocabulary as a child. But they are. For some purposes a teenager is more akin to a newborn than an adult. They are on the brink of learning an entirely new way of engaging with the world. They are often frightened of leaving the security of the home and entering the world on their own. We, (i.e., all adults in a teens life) must think back to how we scrutinized every movement and development in their newborn lives. We must revert back to the parenting that intervenes when something seems off. It’s frightening to challenge anyone let alone your child who makes your heart ache. It’s scary to exert authority over someone who might be larger then yourself. It’s terrifying to think that you might say the wrong thing; the thing that will actually drive him/her over the edge or out of your reach. Silence never saved anyone.

Posted by Anonymous on January 9, 2013 in Childhood, Well-Being

← An Illness In The Family
One Nation…* →