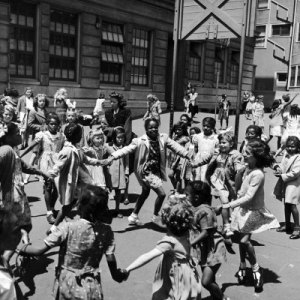 When people talk about K-12 education, and they do, the one thing they agree upon is that children do better when parents are involved. Charter, public, private fans may diverge on many issues but they all agree that parents need to be engaged. For some people with the luxury of time and mental energy to spare this goes without saying. For others, perhaps single parents or parents struggling with the storm that is life are tempted to snort; “Hey, it’s a miracle I get them to school each day.”

There are no data to suggest whether the children whose parents don’t engage with the school are benefitting less from the K-12 experience. We can’t really measure who voted in school board elections or who reviews homework each night. It stands to reason that these children have the education experience influenced by the more engaged parents (whether it works for them or not.) Even in a school system comprised of entirely one camp of parent, there is a trickle down effect. Trends develop in educational practices that often stem from community influence. In other words; education does not happen in a vacuum.

Our focus on testing is relatively recent. A flip through the archives will remind us of trends such as; phonics, basic thinking, open classrooms, whole language and new math. The focus may have shifted from learning to teaching but it is still reflective of what the (vocal) community considers effective. Another relatively recent phenomenon is the wrangling for special education resources. Special interest groups would love to get their hands on monies allocated to special services. (These groups are predominantly religious schools.) They argue that public special education services don’t take into account the extra-specialness of their children. On the other end of the ability spectrum there are very engaged parents who seek out special services for their average learners. Procuring a “diagnosis” can result in performance enhancing drug prescriptions and special arrangements for test taking.

In essence, a lot of people want their children to be treated as if they’re special. The fact is that nobody is special. We’re all wonderful (in varying degrees) but not special. Nobody is more entitled to K-12 resources than anyone else. One could argue that the children of the less engaged parents need more. Perhaps. Groups (or individuals) waving the “special” banner should remember that when they do so, they are taking something away from someone less vocal.

Posted by Anonymous on August 3, 2012 in Education