RSS
← A Bully Plan
A Higher Education Wake Up Call → 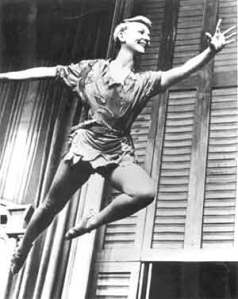 The other day a tweet arrived asking followers how they cope with the stress of a wired world.  I believe that the word “stress” was suggesting negativity in this instance.  My reply suggested that my wires are not my strings.  I find my wired (or more accurately; my “wireless”) world to be quite liberating.  I can control my communications and information far more than I ever did or could in the past.

In olden times, if one wanted to exchange information or pleasantries with a friend (in real time) one had to place or receive a call while both people were at home and near a phone (phones were often stationary devices.)  Calls often went on for extended periods of time as call waiting was yet to be invented.  One could romanticize this phenomenon or point out how it eroded actual social experiences and rendered relationships to nothing more than disembodied voices squawking at each other.  The telephone heralded the end of social calls and meaningful discourse.  It was the Facebook of its time.

No doubt, print and newspapers heralded the end of the town square and civic discourse.  Fine.  Progress is change, and change is uncomfortable.  Do I bristle at having to learn yet another platform or version of what was working perfectly fine thank you very much?  Of course.  But suggesting that having more access to information and people is stressful?  Well, that’s just irritating.  We aren’t fitted with some sort of Woody Allen Sleeper helmet (yet.)  If it’s all too overwhelming, turn it off.  But to suggest that our (current) advances in technology are anything beside access to information or communication is just silly.  There is nothing to demonize here.  Facebook didn’t create bullies, nature created bullies.  Technology did not erode teenagers morality or their sense of self.  It just broadcasts it.

Are there one (or two) generations who have a radically different attention span than their elders?  Most definitely.  Imagine what the attention span was of a generation raised on horse and buggies?  Personally, I’m more concerned about a generation who ends every sentence with a question mark.

I credit the (current) state of technology with the connectivity I now enjoy with extended family.  Elementary school friends, I assumed I would never again see, are back in my orbit.  It is a very satisfying feeling this sense of the continuity of life.  In fact, it is the opposite of alienating.  Technology quenches my thirst for research (and by “research” I mostly mean; “where do I know that actor from?”)  While they will have to wrestle my actual newspaper from my cold (deceptively strong) hands, I love that I don’t have to wait until morning to know what is happening.  The curated news streaming on my twitter feed was once only available to diplomats and really wealthy people.

All of the (literal) bells and whistles are muted on my devices.  They exist to serve me.  They allow me to feel connected to the world.  And the torch wielding villagers are not going to convince me otherwise.

Posted by Anonymous on January 7, 2012 in Media/Marketing

← A Bully Plan
A Higher Education Wake Up Call →

One response to “Wired Act”