There Are Two Broadways 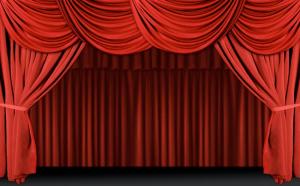 I don’t mean this in a Rand McNally sense, in fact, infrastructurally speaking there are at least three Broadways that I know of in NYC (Broadway, West Broadway and East Broadway.)  I am instead referring somewhat metaphorically to the NYC world of theatre.
I have predicted, and now can see it coming true with this morning’s Brantley review of A Steady Rain, that a duality was afoot in the commercial theatre world.  I had predicted that we will soon see a time in which there are two commercial theatre tracks; the Disney track, and everything else.
In this case I use “Disney” euphemistically to include; gimmick casting, film to stage productions and jukebox productions, and of course anything in which a mermaid appears or in which a particular number can be mistaken for an amusement park ride.
Then there is the other track; that which we think of as more traditional.  By traditional, I do not mean dated, I mean of a traditional quality and intent.  These are new and old works, that are cast, perhaps with a slight nod to profit, but more with an interest in quality.  These productions are much more recognizable as live theatre works (versus: High School Musical THE MUSICAL) and can often take more creative risks.
None of this is bad news for the theatre community.  Tickets will be purchased, for Track 1, by tourists and non-theatre afficianados.  Track 2 will be supported by theatre devotees.  To see the negative in this arrangement, one must look beyond the box office into the history books of the American theatre.
There was a time when Broadway theatre options were in glorious excess.  Forty, fifty productions a season were not unusual.  And the prices!  The price of a theatre ticket was very similar to a movie ticket.  Imagine that.  The entire cast of a popular play (yes, including the stars) would pack up after a run and tour the country.  Actually tour the fly-over states.  These low prices, bounty of choices, and localizing theatre, created a glorious audience.  Theatre was so much more democratic and accessible than it is now.
Middle America experienced theatre, real theatre; not clips of a show that Oprah or some other mass culture pundit was promoting.  By eliminating touring, and increasing prices to where they are, and entire audience was lost.  What we have left is people who save for their big trip to NYC and don’t want to take any chances with their $100 ticket.  They purchase whatever they are told to (by Oprah or by advertisements) and that they recognize.  If the star is on their favorite WB show, all the better.  If the play resembles a film they recently saw; fabulous.  $100 is a lot of money for 2 hours of anything.  Is it any wonder that the audience leaps to its feet at curtain call.  At $50 an hour, wouldn’t you want to convince yourself that it was money well spent?
This bifurcation will exist and possibly thrive.  We live in a world in which elementary schools strap head mikes to tykes and have them dance in suggestive ways, and call it theatre.  Am I sad that we have lost a theatre literacy amongst the masses?  Absolutely.  But for the theatre’s sake, I am reluctantly grateful to the Track 1 Disney phenomenon.  In some dark and heartbreaking way, it is keeping theatre alive.